Invite Anyone to Join a Conference Anytime!

Posted by Unknown at 8:50 AM No comments:

PREPARE FOR THE COMING ENERGIES: Energy Alignment Can Be Achieved in All Areas of Your Life, Blessings of Love Peace and Joy Turning to Bliss!! elizabeth Diamond 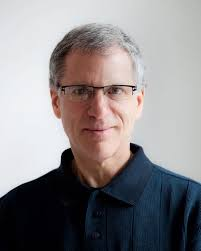 
What would YOUR life be like if every aspect of it was in perfect balance and alignment?

When we live our lives in alignment, the result is a life filled with radiant health, energy, creativity, success, harmony, happiness and personal power.


Isn't it time to live YOUR life in alignment?


Energy Alignment Can Be Achieved in All Areas of Your Life

Watch today & Experience the Energy Alignment thru the VIDEO!!

It's all Free!
WHEN: Today, Thursday, Sept. 4 TIME: ON DEMAND - View Now or Anytime
www.acoustichealth.com/HCs4bill.htm

NEW SELF-EMPOWERMENT Courses from AcousticHealth.com
Are you ready to realize your Self-Mastery? Are you ready to stand on your own two feet and co-create from your heart, following inner knowing and guidance from Spirit, Source, All That Is?
In dedication to anyone who is ready to take responsibility for creating one's own reality,  AcousticHealth.com now offers NEW Online Healing Retreats to assist you in the Healing Arts as a a profession or as a lifestyle choice. These will change your life and connect you with like-minded people in a global community....you'll make friends with people from around the world!
If you would like to advance your knowledge of great esoteric wisdom, and learn methods, processes, meditations, and techniques that will help you make great shifts in your own life and then assist in the lives of others who seek it, please consider the following online courses in the NEW! EMPOWERMENT Series of Online Healing Retreats. This New Series expands the program content into multiple episodes to broaden the scope of metaphysical teachings offered in each course.   This Empowerment Series of Online Healing Retreats features extraordinary spiritual teachers and guides who will assist you in making great progress on your path, expanding consciousness and opening your heart as you Re-Member.  These are LIVE webinars and you'll have a great opportunity to ask your questions and interact with the speakers.  If you are ready to make a quantum leap in your life, I recommend you check out the following events in September!