What is this!!! Have YOU heard. wow!! INSPIRATION for YOU Diamonds!! Keep Shinin!!

The Souls Sets Forth on a New Journey to Expand Upon the Previous Knowledge of the Soul. Every Lifetime Contributes to the Total Knowledge and Experience of the Soul. Though we May Not Realize it When we Are in the Physical Reality.

Eventually, the Souls Knowledge and Growth will Expand so Much that there is Nothing More it Can Gain From the Physical World. So it Moves on. To Expand Further, to Learn Something Else, Somewhere Else. There Are Many Classrooms for our Soul. This Reality is not The First or the Last. It is a Slow Tedious Process, that Takes Many Lifetimes, but Advancement is the Natural Process of Every Soul.

That is Why there is No Punishment or Hell After Death, because the Soul is Constantly Growing and Learning and Moving Forward. It Does Not Go Backward or “Pay” for its Human Mistakes, because there is No Judgment in God. It is those Very Mistakes that Create the Most Growth For the Soul. It is Impossible for Any of us to Know what Another Soul is here to Learn and What it Learned from the Experience. Plus the Human World is Very Bad About Judging and Weighing Others to their own Sets of “Standards”. Getting Rid of those Judgments and Standards Should be the Ideal focus of Those Judging.

Eastern Religions have a Better Understanding of Reincarnation, but Stumble to the Fact of the knowledge and the Purpose of a Soul. The Basic Practices of Forgiveness, Loving Kindness, and Accepting their Reality are Very Similar to the Western Practices. They are Perfect exactly how they are whether they have the Knowledge or Not.

Western Religions have Primarily Embraced Christianity. Even Much of the Governmental Structure was Formed and is Still Based on it. Western Cultures Have Lost Much of the True Message about Reincarnation, and the Souls Existence and Purpose, and why we Are Truly Here.

The Bible Only Talks About Resurrection. So Many Christians Believe that their Soul will be Reunited with their Physical Bodies in Heaven. There is Not a Reunion between Body and Soul.

While Christians are Walking on the Lighted Path, a Righteous Path. Many of their Hearts and Minds are Closed. To Accepting Any Truth Outside of their own Faith and Practice . It is that Very Closed Mindedness that is Holding Them Back, and Most of the Western World With Them, From Truly Understanding and Identifying with the Truth about the Soul and Why We Are Here. Unfortunately, Every Major Religion Around the World Suffers from the Same Closed Minded Sickness.

The Proof of Our Souls Existence May Never Be Proven Scientifically, but you Do Not Need to have Quantifiable, Verifiable Proof, in Order to Prove what you Already Know to Be True.

As soon as this Beautiful World can Stop Spinning its Wheels on Such Trivial Things such as This. The
World will be Better For it. It will be Able to Move on and Grow
Under the Light of a God that has Always been there. The Proof is Here and There and Everywhere, We just Need to Open our Eyes and See it.

Admire the True Beauty and Perfection in the Soul and Body Experience, and the Journey. Help Each Other to Grow and Understand, while We Are Here. Then when they Move On from this Existence, Wish Them the Best of Luck on the Rest of their Journey.

Souls Helping Souls. There can be Nothing More Amazing or Perfectionate in Gods Great Creation. That is Essentially what has been Taking Place Here Since Beginningless Time, But Few could Ever See it.

I Know this World is Ready. I Know that we Are Ready to Transform this World From Confusion to a World of Light and Love and Grace. A World that Lives Body, Mind, and Soul under the Light of God. The World that God Envisioned for us Since the Beginning. Our Eden.

It Will Be A Truly Beautiful Day, When The Whole World Worships God And Each Other Together In Unison.

Come get Free!!  Learn Who YOU Really Are!!  Diamondsforever31.blogspot.com

We have Live Shows Mon thru Thurs  top of Blog for Show Information, or visit Our YOU Tube channels  links on Rt side of Blog. ENJOY!!!!

Clinton is under FBI investigation for her use of a private server.......Galactics have said NO election this Year....recorded on shows of Diamonds Network Youtube

The FBI is ready to indict Hillary Clinton and if its recommendation isn’t followed by the U.S. attorney general, the agency’s investigators plan to blow the whistle and go public with their findings, former U.S. House Majority Leader Tom DeLay tells Newsmax TV.
“I have friends that are in the FBI and they tell me they’re ready to indict,” DeLay said Monday on “The Steve Malzberg Show.”
“They’re ready to recommend an indictment and they also say that if the attorney general does not indict, they’re going public.”

Clinton is under FBI investigation for her use of a private server to conduct confidential government business while she was secretary of state. But some Republicans fear any FBI recommendation that hurts Clinton will be squashed by the Obama administration.
DeLay, a Texas Republican and Washington Times radio host, said:
“One way or another either she’s going to be indicted and that process begins, or we try her in the public eye with her campaign. One way or another she’s going to have to face these charges.”

Team Hillary is already admitting this will likely happen. Amazingly, the Clinton campaign has been busy accusing Obama’s intelligence Inspector General, Charles McCullough, of coordinating releases of information to help Republicans. (!) McCullough’s investigations found Clinton was sharing documents which were “beyond top secret”… a crime that should not only disqualify Hillary Clinton from the White House, but should carry a lengthy prison sentence!
Here is Tom DeLay sharing the major news:

Posted by Unknown at 8:04 AM No comments:

Benjamin Fulford Report for June 20 2016: In a first US Supreme Commander General Joseph Dunford addresses the UN as head of Republic

The Law of ONEWe are All ONE. When One is Harmed All are Harmed, When One is Helped All are Helped. There for in the name of who I AM and I AM One with ALL there is. I Ask that Only the Highest Good Happen for ALL Concerned. Thank You that this is Done. So BE it! So it IS! 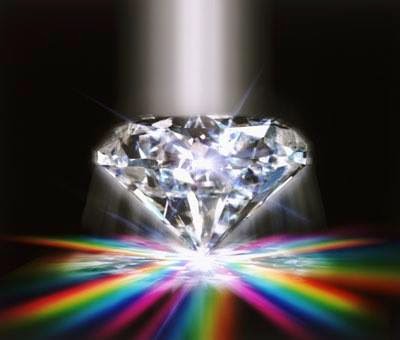 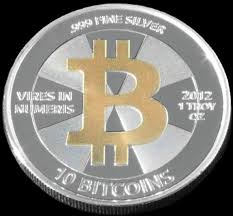 Buy bitcoins with cash in US Dollar (USD)

LocalBitcoins.com user CandyCane2015 wishes to sell bitcoins to you.

How much you wish to buy? 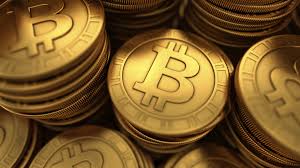 Posted by Unknown at 7:04 AM No comments: