VIVIANE CHAUVET - ARCTURIAN HYBRID & VIBRATIONAL HEALER
Viviane is a Crystalline Vibrational Healer, an USUI Reiki Master, a gifted Intuitive, a Spiritual Mentor & Teacher, and a Channel for her star family.  As an Arcturian Hybrid, which is a genetic blending of an Arcturian Star Being Father and a Human Mother, Viviane is also a carrier of the 5th Dimensional frequency of the Arcturians. She is an accelerator and a generator of Light & Energy.  Viviane is a channel for Higher Frequencies. It is her mission (tasks) to:
·  Anchor the Higher Frequency of pure Light & Love of the 5th Dimensional Realm into the Energy Field, The Grid System of the Earth;
·  Implement a Collective Consciousness
·  Activate people to their Fullest Potential and Highest Light;
·  Awaken Soul Star Seeds;
·  Plant Seeds of Activation in preparation for Ascension;
·  To be a Facilitator who offers a vibrational experience that brings people into an altered state of Consciousness & Light body Consciousness;
·  Establish a bridge of communication between Humanity, Star Beings, and the Angelic Host through my Energy Field\Aura;
·  Attune people to the frequencies of the Arcturians and Star Masters;
·  Open up a channel of multidimensional communication;
Connect people to their multidimensional aspect of their Divine Selves.
To schedule a private session, contact Viviane at vivianechauvet@hotmail.com 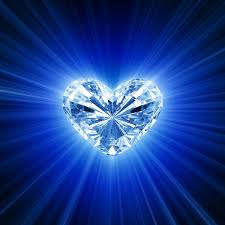 
Hi Elizabeth,
Thanks so much for inviting me on your show! Here's my bio and photo. My website is going to be down for the next few days, so I don't know if you want to put the link in now or wait till I let you know it's back up.
I'm really excited - I've been wanting to take part in one of your round tables for ages!
Love
Eve
Eve Jacques is an angelic starseed with a special connection to the Sirian dog nation. She is an intuitive healer and Kundalini Reiki master, and the creator of Monster Whispering therapy. She also makes energy-infused crystal jewellery and meditation beads. http://evejacques.com

Posted by Unknown at 9:03 PM No comments:


PLEASE!!! take a moment, to sign the petition below. & Pass this on to EVERYONE you know. Thanks alot!! elizabeth Diamond


Also Note, Diamonds Forever 31 with Nature of Reality: Round Table with Steven Basset, Tom Clearwater, Peter Slattery; on Jan 10 2015. it is going to be Good!!
to attend this Show, Dial 209 255 1000  Pin 883267# on your phone or skype phone, (need skype to landline credits) or go to Adrew's link here: http://www.blogtalkradio.com/natureofrealityradio/2015/01/10/diamonds-in-the-rough-exposing-the-nature-of-reality

You are receiving this update because you have expressed an interest in the Disclosure advocacy projects of Paradigm Research Group . Don't forget to add prg@paradigmresearchgroup.org to your address book so PRG Updates will be sure to land in your inbox. Thanks. 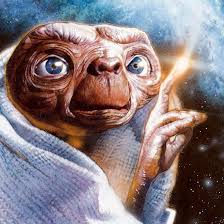 Posted by Unknown at 4:16 PM No comments:

SPECIAL SHOW WITH RAY KOSULANDICH, ALFRED WEBRE AND ME!

Ray is an orchestra leader of sorts, to help bring in an important part of our new paradigm. What that intails is contact. Visitations from star people will NOT happen as a mass landing. Our psychy could not handle such a shock however,... more
Play Now
Posted by Unknown at 4:29 PM No comments:

26 Pictures Will Make You Re-Evaluate Your Entire Existence

Also, Live!! on every Show relationshiping with Our Alien Friends. Come join us!!! New!! day Mondays at 9:30pm Est

1. This is the Earth! This is where you live.

2. And this is where you live in your neighborhood, the solar system.

3. Here’s the distance, to scale, between the Earth and the moon. Doesn’t look too far, does it?

4. THINK AGAIN. Inside that distance you can fit every planet in our solar system, nice and neatly.

5. But let’s talk about planets. That little green smudge is North America on Jupiter.

6. And here’s the size of Earth (well, six Earths) compared with Saturn:

7. And just for good measure, here’s what Saturn’s rings would look like if they were around Earth:

8. This right here is a comet. We just landed a probe on one of those bad boys. Here’s what one looks like compared with Los Angeles:

9. But that’s nothing compared to our sun. Just remember:

12. Here’s you from just behind Saturn’s rings:

13. And here’s you from just beyond Neptune, 4 billion miles away.

NASA
To paraphrase Carl Sagan, everyone and everything you have ever known exists on that little speck.

14. Let’s step back a bit. Here’s the size of Earth compared with the size of our sun. Terrifying, right?

John Brady / Via astronomycentral.co.uk
The sun doesn’t even fit in the image.

15. And here’s that same sun from the surface of Mars:

16. But that’s nothing. Again, as Carl once mused, there are more stars in space than there are grains of sand on every beach on Earth:

17. Which means that there are ones much, much bigger than little wimpy sun. Just look at how tiny and insignificant our sun is:

Via en.wikipedia.org
Our sun probably gets its lunch money stolen.

20. That’s because the Milky Way galaxy is huge. This is where you live inside there:

Via Twitter: @lucybrockle
(That’s not a picture of the Milky Way, but you get the idea.)

22. But even our galaxy is a little runt compared with some others. Here’s the Milky Way compared to IC 1011, 350 million light years away from Earth:

Via Twitter: @smokeinpublic
Just THINK about all that could be inside there.

23. But let’s think bigger. In JUST this picture taken by the Hubble telescope, there are thousands and thousands of galaxies, each containing millions of stars, each with their own planets.

24. Here’s one of the galaxies pictured, UDF 423. This galaxy is 10 BILLION light years away. When you look at this picture, you are looking billions of years into the past.

Via wikisky.org
Some of the other galaxies are thought to have formed only a few hundred million years AFTER the Big Bang.

25. And just keep this in mind — that’s a picture of a very small, small part of the universe. It’s just an insignificant fraction of the night sky.

26. And, you know, it’s pretty safe to assume that there are some black holes out there. Here’s the size of a black hole compared with Earth’s orbit, just to terrify you:

This is your home.

This is what happens when you zoom out from your home to your solar system.

And this is what happens when you zoom out farther…

And here it is. Here’s everything in the observable universe, and here’s your place in it. Just a tiny little ant in a giant jar.